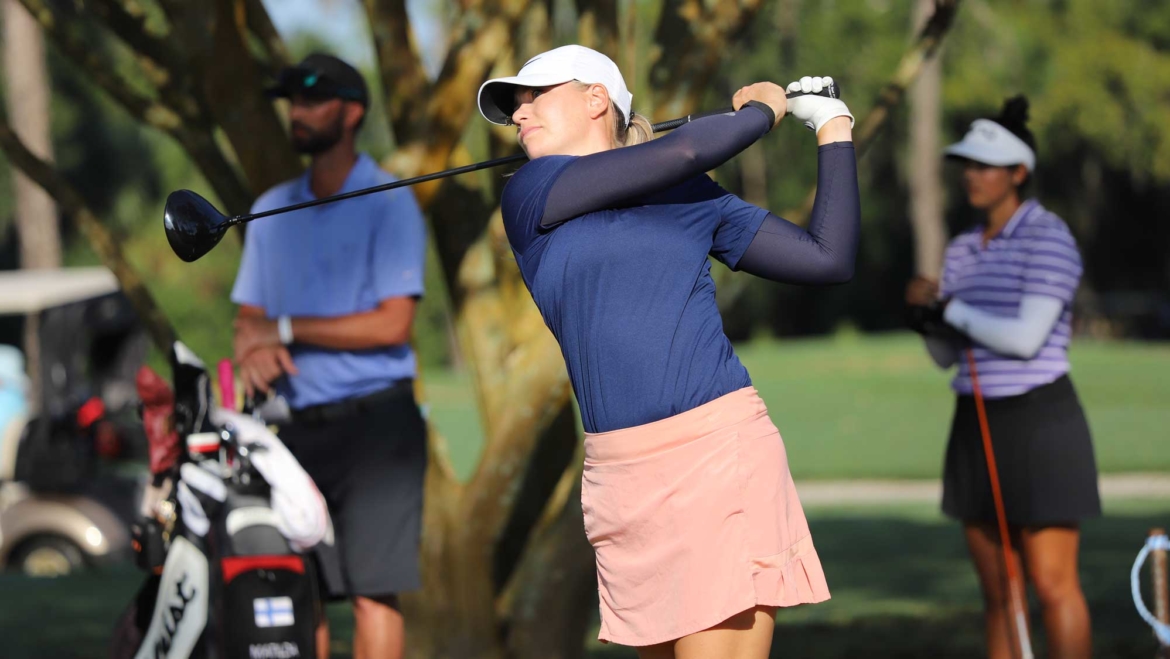 “I’ve been hitting the ball really well the past few months really so I’m just looking to keep doing that tomorrow and try to make some more putts,” said Castren. “I just feel way more comfortable playing now. My first year and a half or two years, I was putting a lot of pressure on myself and I wasn’t really performing how I wanted so I wasn’t really enjoying it that much. I had to change my mindset, and last year I got my LPGA card. It was it was really a result of a lot of like mental work and also improvements and my golf game, too.”